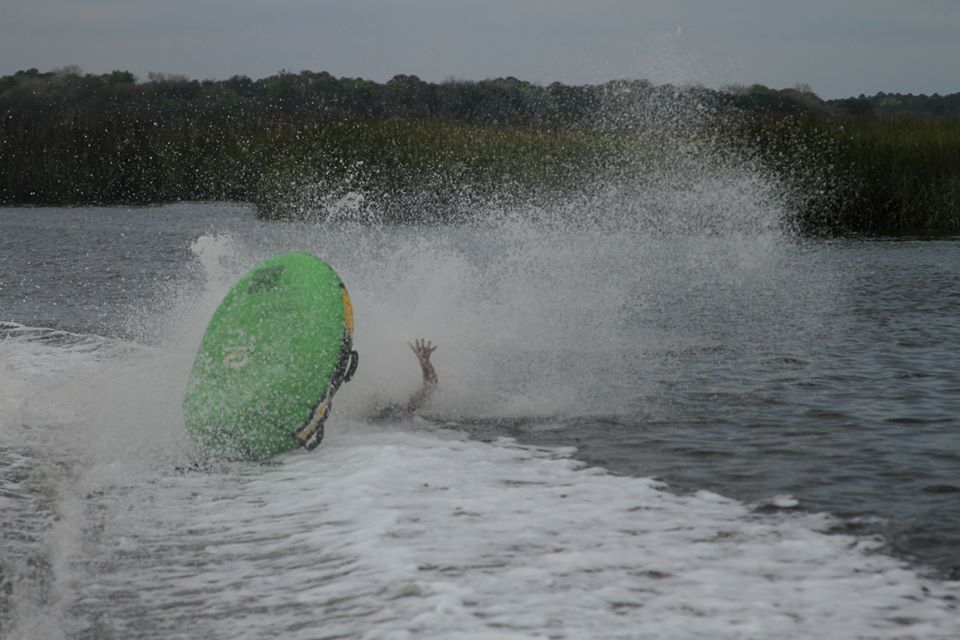 Would this hardship ever be removed? I desperately wanted God to intervene, to take away the cause of this pain.

It was the summer when our fourth child was in-between middle and high school. We were having a party at our home with lots of friends. Water tubing was taking place in the river behind our home. My kids seem to think that the driver’s aim is to flip the riders off of the tube. This is precisely what happened to my child and her tubing partner one hot day in June 2010.

Their grips were loosened as the driver zigzagged the boat pulling them on one tube through the water. They hit multiple, rapid wakes and the tubing partners flew into the air. What fun! Who knows how many great memories have taken place in these waterways, being jolted and hurled while tubing behind our boat. This time, however, the results of being launched into the air would include a swift kick to the back of my daughter’s head.

And thus began two years of what I have referred to as hell on earth.

A concussion, also called TBI (traumatic brain injury) was what we would later discover had happened. The emotions in our home were turbulent. We would quietly warn family members, “The switch has flipped,” in an attempt to guard any words or actions that could trigger any further unwarranted outbursts. It was all so illogical. Her mind needed time to heal. Her irrational actions would cause damage with relationships that I was left to repair. There were no ample apologies that would made sense to anyone in search of justification. Her brain was injured and consequently operated with sudden electrical jolts causing mini-seizures that would result in erratic thinking and unpredictable behavior. Six months into it, a doctor would put a title to it – bi-polar symptoms. Scary. It was exhausting to be on pins and needles, uncertain when the next episode would be.

I was living in fear within the walls of our home with our own Dr. Jekyll and Mr. Hyde. Like David’s desperate plea to the Lord in Psalm 13, was mine. Four times in the first few verses he cried out in anguish. “How long? How long? How long? How long?”  The shower would be a place where my tears would flow as these words were boldly delivered directly to God, “I can’t take it any longer!”

One horrific evening, with just the two of us in the house, she was in an irrational rage. In her state of mind, no correction or even rational discussion was an option. Rest was the only immediate remedy. I got her settled. Then I sat down on the couch, alone…spent. I remember thinking that at that moment my own child was capable of coming up behind me and stabbing me. She slept while I sat motionless and completely depleted in front of a TV that no one was watching. A few hours later, she walked into the room, refreshed and stable-minded, and lovingly asked me to rub her back. As.if.nothing.had.happened. Out of sheer exhaustion, I softly smiled and kindly responded, “Sure.” As she leaned forward, I leaned back to gently rub her back, hiding the hot tears as they streamed down my face. How long would I be in a home filled with chaos and challenged to love this confused child who brought me such fear and such love? I wanted off of this exhausting emotional roller coaster.

Psalm 13 describes David desperately praying for God to intervene and remove the source of his anxiety. I summarize the transformation that took place in his heart HERE in my journey through the Psalms. His frantic plea was for the hardship to be removed, God’s plan was different. The difficulty remained but God used it to transform David’s heart. How beautiful is that! His anxious heart overflowed with peace. His faith was strengthened, and he learned firsthand that God’s sovereignty can be trusted. That’s exactly what happened to me.

When I reflect on this two-year time period of Kelsey and her TBI, I most certainly remember the pain and the deep darkness. But, even more I look back with such gratefulness at God’s tender loving care during this time. Though the challenges remained with no promise to an ending, He lovingly and safely held me, guiding, teaching, and changing me through it, allowing me to personally experience his unexplainable love. To the degree I hurt was more than matched by the degree he loved.

This is a sampling of how I look back and recount that two year time.   TBI = digging into the Psalms. TBI = knowing God intimately. TBI = my faith proven. TBI = dependency on God.  TBI = understanding unconditional love. TBI = beautiful transformation within my heart.  TBI= awareness of mental illness. TBI = compassion for those hurting. TBI = endurance. TBI = deeply bonded relationship with Kelsey.  And, that’s just for starters. TBI = THE experience where I began seeing difficulties as a gift to know Him more. When you’re about to have a breakfast date and you behold the scarves. Kelsey and I on her college break. 2017.

You can watch Kelsey and I share the full story in this hour-long video  called “A Mother/Daughter’s Journey Through Suffering” or watch her summarize her story in this five- minute graduation speech  HERE. (Well, it’s actually 8 minutes, but if you want to hear just this part, start at the 3.00 mark.)