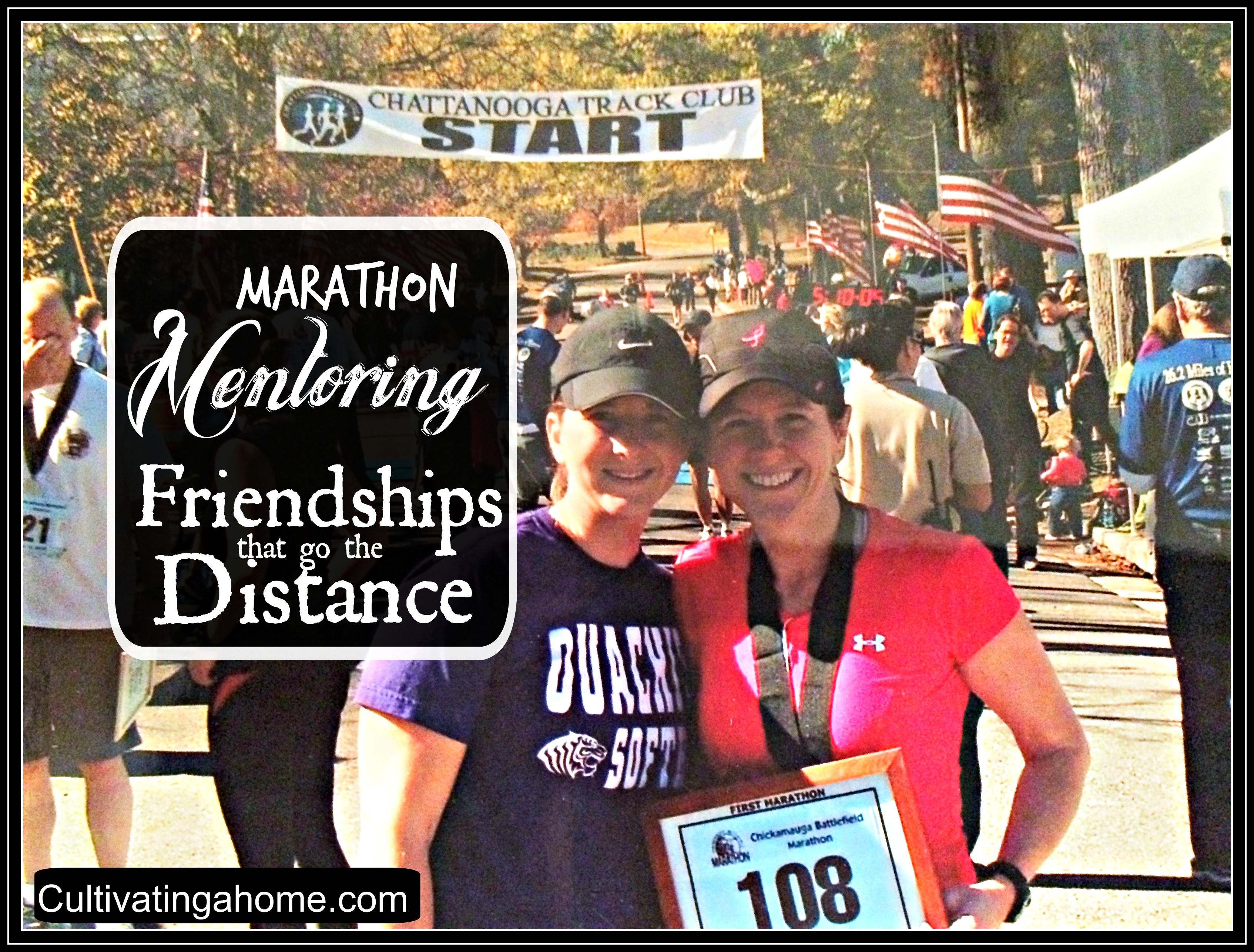 Mentoring and Friendships. Can the two go together?

Mentoring is a relationship in which we’re told to be actively involved.

Titus 2:3-5 “…the older women likewise, that they be reverent in behavior, not slanderers, not given to much wine, teachers of good things, that they admonish the young women to love their husbands, to love their children, to be discreet, chaste, homemakers, good, obedient to their own husbands, that the word of God may not be blasphemed.”

I’ve observed a unique relationship between one of my BPF‘s Stephanie Little and her mentee-turned-dear-friend Andi Sloan.

This is Andi’s story of a mentoring relationship that turned into a beautiful two-way friendship.

Eight years ago I moved from my home state of Texas to pursue a ministry position in Florida. I was a young whipper-snapper heading to a well-established church where most of the staff had been there 20 plus years. I the new kid on the block and the youngest. I decided to jump in full force and show these people the type of leader I could be. After all, I was from Texas and we can do everything bigger and better. Or so I thought.

To say the first two years was a struggle is an understatement. It was downright tough. I was away from home, learning to do life on my own, and trying to prove myself – when there was really nothing to prove. This discouragement led me to many days of prayer, asking God to give me someone who would “better me”. Although not grammatically correct, those were my words. For those first few years I claimed I Timothy 4:12, “Let no one despise you for your youth, but set the believers an example in speech, in conduct, in love, in faith, in purity.”

My goal in claiming this verse was thinking this was my mission in the position He had me in, but I knew nothing about what the mission meant. I discovered during those first few years not only was I the youngest on staff but I was also still a young believer.

When I became a Christian I was 13 and did not live in a Christian home. In fact, the day I began a personal relationship with The Lord nobody knew except for God and myself. There was clearly a foundation of a saving relationship with Christ but there was slow growth and little to no discipleship.

Then one day God answered my prayers when a very special lady walked into my life or more soran into my life. When I asked God to put someone in my life that would “better me,” little did I know He was preparing me for a new way of “doing life.” Stephanie was a wife and mother of 5 kids, and I was single with no kids. But after a few conversations with a wide range of topics such as Pull-Ups, play dough, and running we began to build a unique friendship. It didn’t take long before we started to do life together, and I began to earn a spot in their Little family. In my mind I thought The Lord would use this friendship to prepare me to be a wife and mother soon, but six years into the friendship that is not the case. God has used my friendship with Stephanie in so many more ways than either she or I would have dreamed of. I Timothy 4:11-12, “Command and teach these things. Let no one despise you for your youth, but set the believers an example in speech, in conduct, in love, in faith, in purity.

In these verses, Paul is teaching Timothy how to be a godly example to the church, no matter his stage of life. He say “through his speech, conduct, love, faith and purity.” The Greek meaning of the word “command” in verse 4:11 means, “to transmit a message”. By doing life together Stephanie showed me how to be a Godly woman through speech, conduct, love, faith and purity. I not only had the opportunity to observe her, but was privy to watching her husband and children, and how they all did life together under that authority and guidance of God.

That’s what I was missing. I knew I was a Christian but I was missing the teacher. I heard a pastor say the other day, “You need the root, shoot and fruit.” New believers need to be taught, they need someone to disciple them in the ways of The Lord, so the shoot can grown and they can bear fruit.

My relationship with Stephanie has not been a teacher/student relationship, but a loving friendship. Through God’s guidance and doing life together, God has given me a best friend and my own Little family. I couldn’t have asked for a “better person” to “better me.”

If you can relate to the cries of my heart for a mentor, ask God to send you someone to disciple you. For others, perhaps God is calling you to open your heart and home to disciple a younger woman.

Be sure to read the next post by clicking here. Stephanie’s sharing her side of this mentor/mentee relationship and some unexpected blessings in mentoring. To read over mentoring stories, you can click here.