We have an exciting announcement to share with you:

Daniel is in remission! 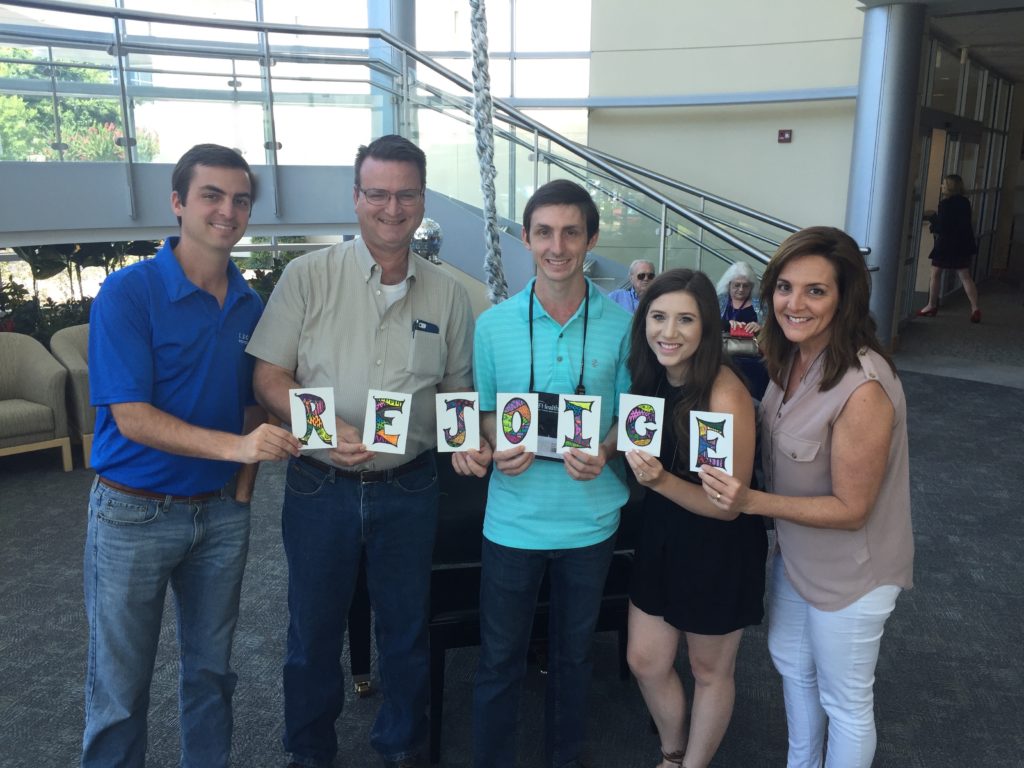 So how did we get here?

With six months of chemo complete and two weeks of recuperation under his belt, the next step for #danielkickscancer was something most have never heard of: Proton Radiation Therapy.

When Daniel was first diagnosed with Hodgkins Lymphoma, we hoped for the best case scenario, that his cancer could be treated with proton radiation therapy, avoiding surgery, chemotherapy, or traditional radiation. Chemo and radiation were words associated with harsh reactions and side effects.

But, his cancer was Stage 3B and due to its aggressive nature, the “bulkiness” of his cancer, and how widespread it was, we were told he would need 12 chemotherapy infusions followed by 20-25 rounds of proton therapy. 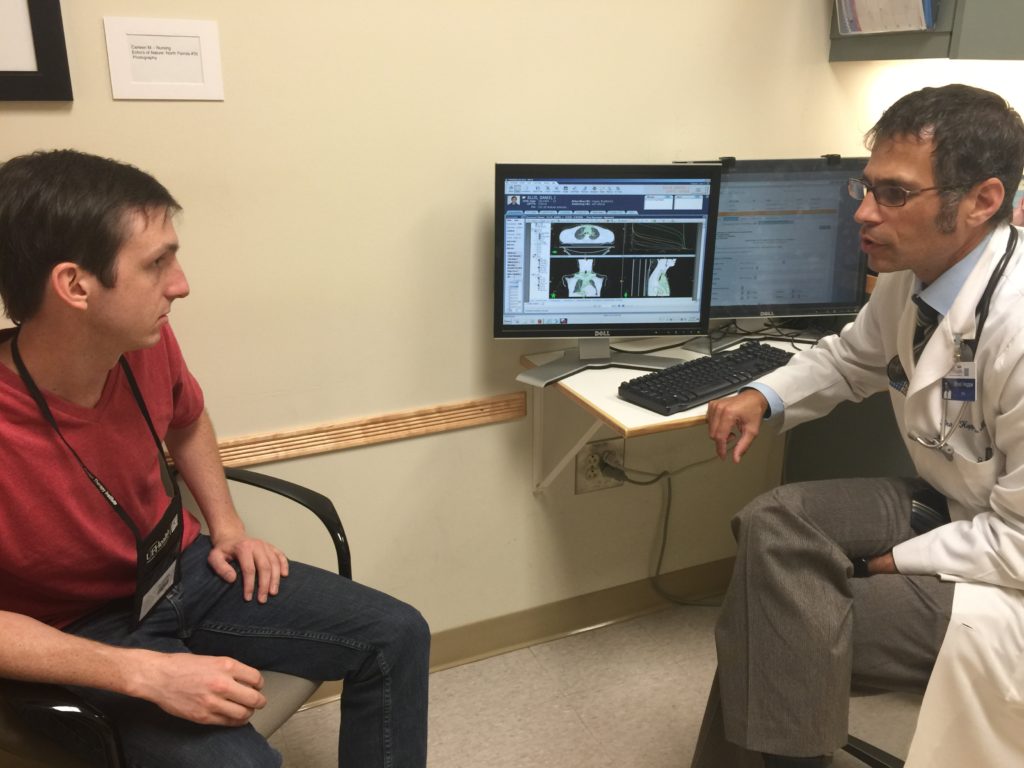 “Proton” appointments were every day for 20 days, Monday through Friday. Each appointment took several hours, and Daniel spent 45 minutes to an hour in the proton therapy machine, but the actual proton therapy time was about five minutes. Precision is key.

This hectic proton schedule may explain my delay in blogging the #danielkickscancer journey. We were (and I still am) plumb tuckered out.

Now that Daniel’s completed the proton radiation therapy, I’d like to share the process of how it works. I want people to know that this is cutting edge technology that can be used as an alternative to radiation. 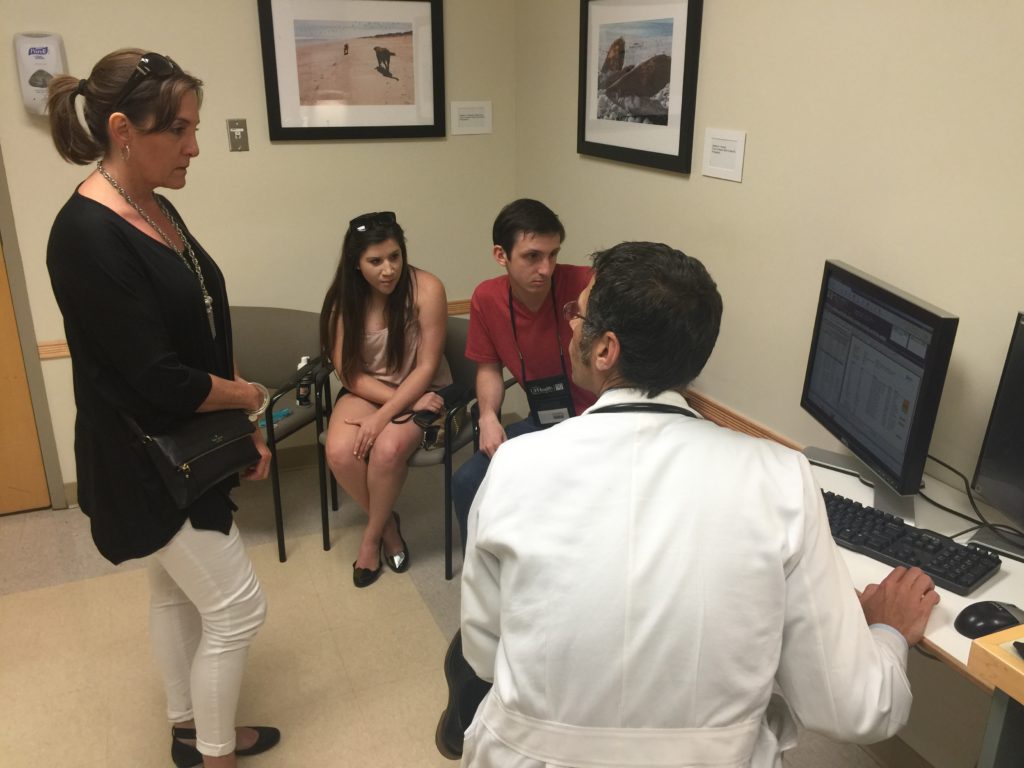 We’re long-time family friends with the Proton Therapy Institute’s Patient Services Director, Bradlee Robbert. (Fun back story: his wife, Bria, was one of a handful of college students majoring in education who I hired over the course of my homeschooling years to help me homeschool six kids and run my home. She worked in our home for several years, fifteen years ago, and then this school year, my then-one-year old, now sixteen-year old was the teacher’s aid in Bria’s first grade class!)  We’ve stayed friends and Bradlee was instrumental in connecting us with a wonderful oncologist group, and, you guessed it, proton therapy here in Jacksonville. Without him, we would not have even heard of proton therapy.

As the Patient Services Director, Bradlee has taken it upon himself to cultivate programs that nurture community at the Proton Therapy Institute. This includes patient outings, tourist trips, off-site dinners, and onsite Wednesday catered lunches that Bradlee hosts, where doctors and experts in the field speak, and where support is formed by new patients and graduating patients sharing their stories.

Many patients and their families are from out of state; many are from other countries. Bradlee has created opportunities for families to see Jaguar game tickets, tour St. Augustine and more. We love the patient experience that we received at the Proton Therapy Institute, and I’m excited for Daniel to job-shadow Bradlee to learn about this experience and help others in the future. (I actually think other cancer centers should consult with him since he has done such an amazing job.) 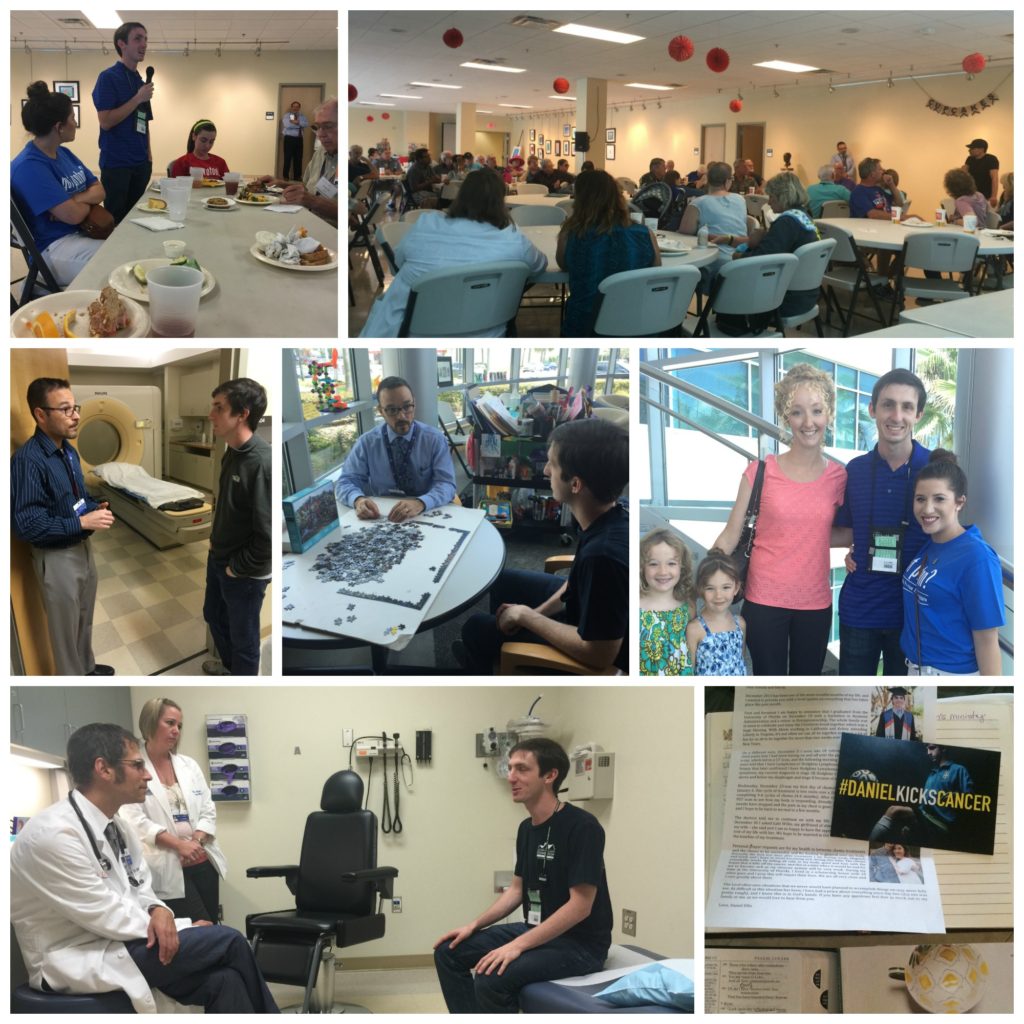 A machine called a synchrotron or cyclotron speeds up the protons. The protons travel to a specific depth in the body based on their energy.  In essence, this is how proton therapy works:

Proton allows the radiation to target the exact shape and dimensions of the cancer area without affecting other areas to the sides or behind the intended cancerous target. Safer. Less side effects. Less residual damage.

Proton Radiation Therapy is not for everyone, but it has been tested with evidence based research.  If you or someone you know is diagnosed with cancer, I would encourage you to be your own advocate and ask if Proton Radiation Therapy is a good fit for treatment. Even if your doctor doesn’t mention it, do your research on it, call for a tour of the facility, set up an appointment to find out more.

These photos were taken in the gantries (treatment rooms). The protons are accelerated by a cyclotron. The two pieces that go in the machine are called brass aperture and lucite compensator. There are lines on Daniel’s skin called positioning marks. The mask is an immobilization device.

Positioning marks were made with permanent markers with clear bandages on top to keep them intact throughout the six weeks. You can see where the proton therapy was targeted. The side effect was anticipated to be a slight sunburn feeling. Photos show before treatments, upon completion, and the mask used to direct the proton beams. The bump you see near his right shoulder is his port from chemo.

After x-rays, CT scan, and PET scan were studied by the “Tumor Team” (including medical oncologists, Hodgkins lymphoma specialists, and radiation oncologists), we knew Daniel’s treatment plan for Hodgkins Lymphoma was to include twelve rounds of chemo followed by between 15 to 25 rounds of proton therapy.

We were advised to meet with UF Proton Therapy in Jacksonville right away. We were told insurance is often difficult to get for this $200,000 treatment.  If you find yourself in a situation in the future where Proton Therapy may become an option, I encourage you to start getting approval from your insurance company right away.  (Some patients wait up to six months for the proton therapy approval.)

We also met with Nurse Keri Hopper, who really should be pursued by nursing colleges to have nursing students job shadow to learn how to communicate well with patients. A.M.A.Z.I.N.G.

She called Daniel numerous times during his chemo just to keep in touch. She also is in sync with the doctor and the same information is given. She knows how to think for him, lighten his load, and truly care about her patients.

You can imagine that we had fun with Hoppe (pronounced like hoppy) and Hopper. I mean, it’s kind of irresistible to not say things like “They make things hoppen” and “They make us so Hoppy.” You get the picture. Truly. A doctor and nurse duo that are so intelligent, relate information clearly to patients, are caring, and have great personalities. Wow. 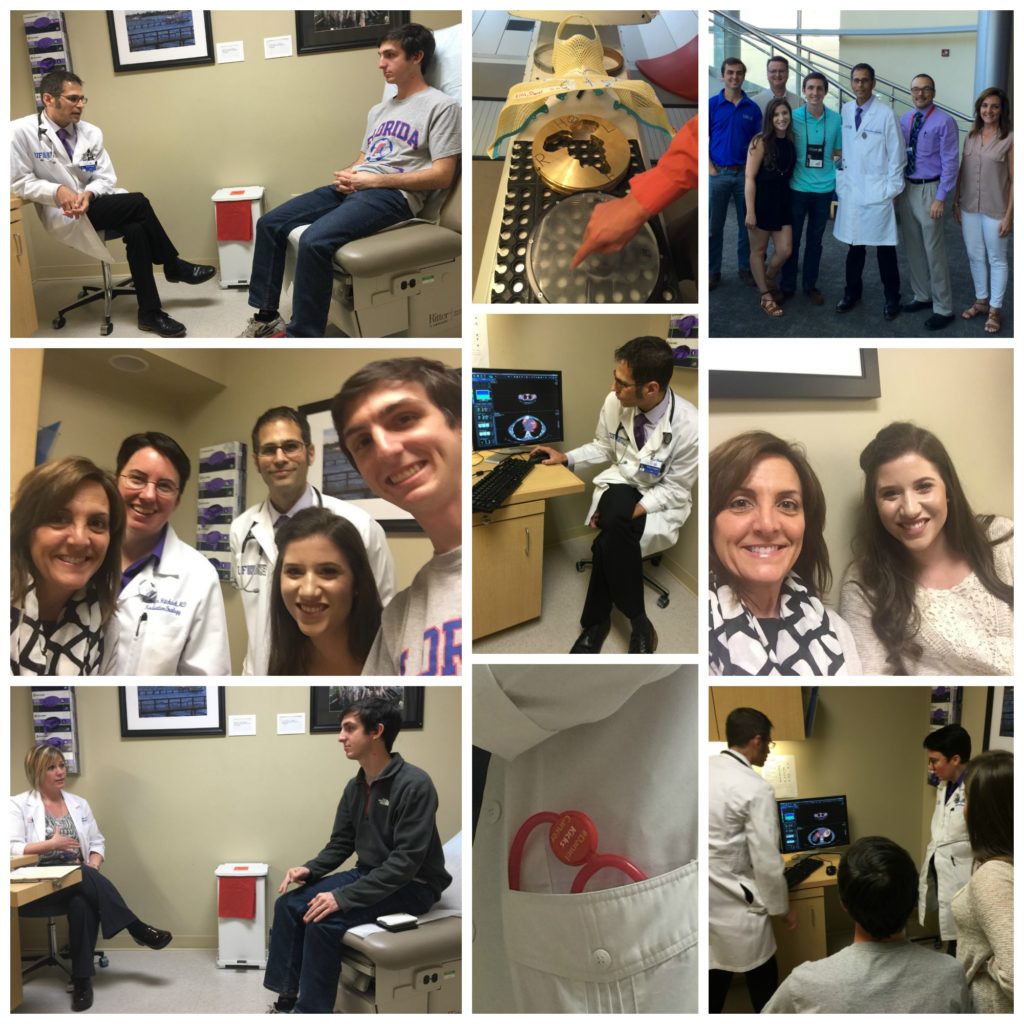 Because of the community and nurturing environment already set in place, we were able to connect with so many patients and their families.

Barbara & Pamela are on staff at the Proton Therapy Institute, and part of their roles are to use art as therapy. Our first activity was this pencil tip artwork, which you can see is very detailed.  I’m someone who wants to hurry and accomplish things, but I was aware enough to know that this wasn’t the point of the art therapy.  I forced myself to relax, and it was a great lesson for me to slow down and be present. In being present, I was able to connect to other families, pray with them and get to know them. 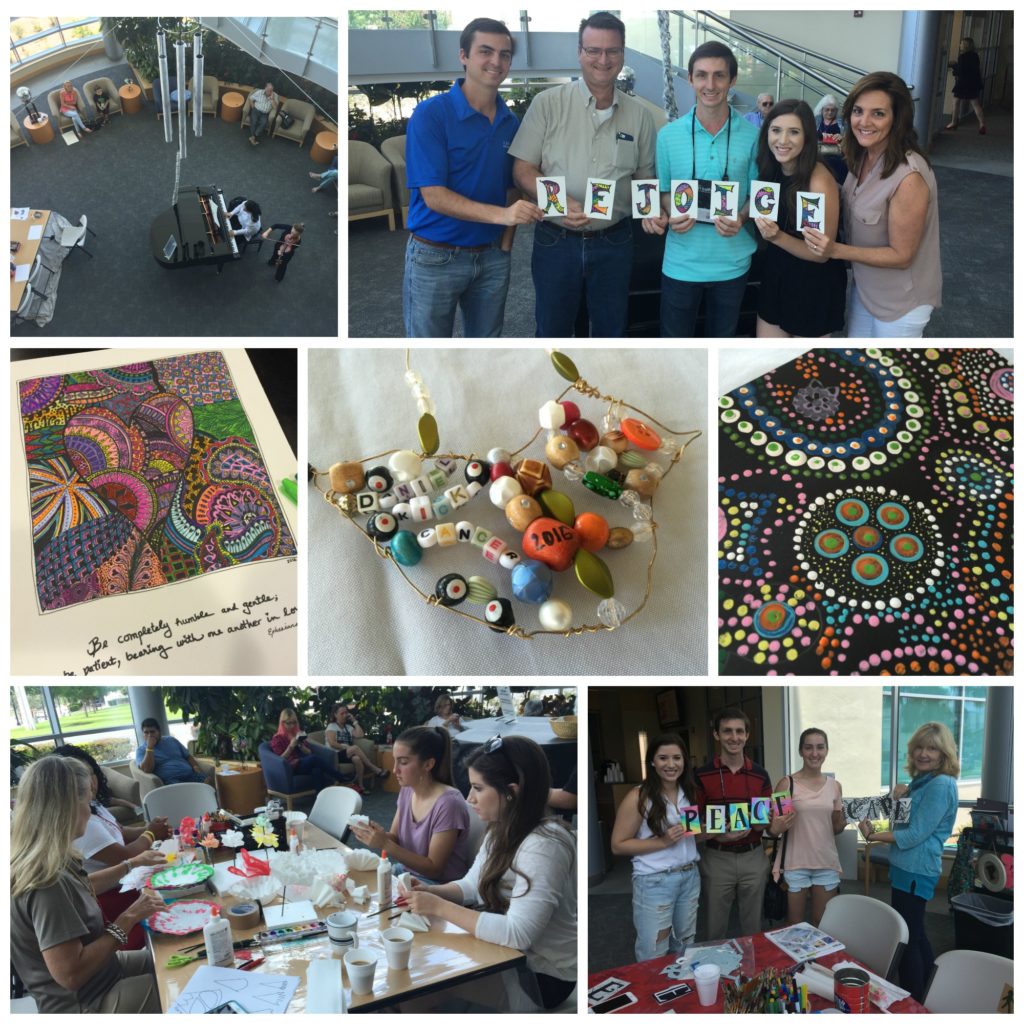 The Proton Therapy Institute is full of lovely volunteers and beautiful caring staff. One young man rode his bike each day to come and play on the grand piano in the foyer of the building. To hear his music and to know that he was sharing his gifts with us was so meaningful. 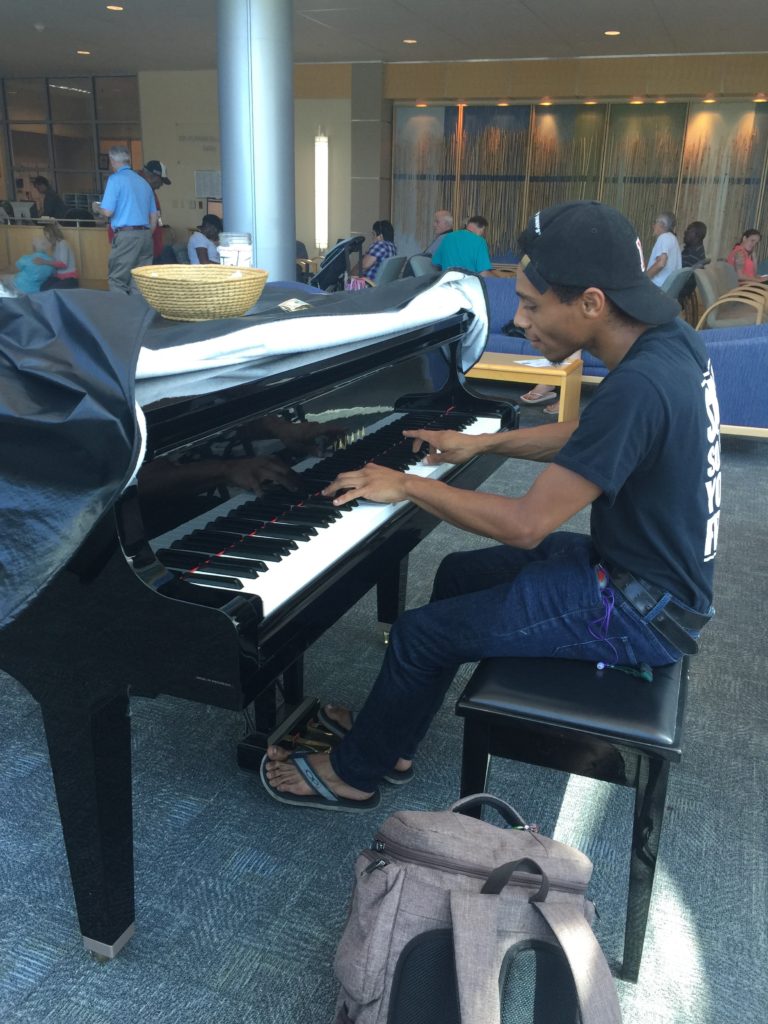 If you’re looking for a way for your children or your family to serve, the Proton Therapy Institute would be a great opportunity to consider.

Ringing the Chimes of Remission

After 20 days of appointments, Daniel was able to ring Aud’s Chimes of Remission as seen in the video clip at top of post.

This signals the end of treatments. Each patient prefers to celebrate differently at this chime-ringing. There’s been fraternity brothers, a baseball team, extended family, lots of friends… and there’s been those who’ve preferred something simple. Some have made speeches and thanked their family, the doctors, nurses, and staff, and others have wanted nothing out of the ordinary… just to ring the chimes, get a photo, and quietly depart. On this big occasion patients have brought in donuts, cake, food, balloons; Some families have worn matching t-shirts with photos of their cancer-fighting loved one. Daniel just wanted the doctor, nurse, Bradlee, Gabi, and his immediate family. (Boo hoo. Only one sibling was in town at this time.) 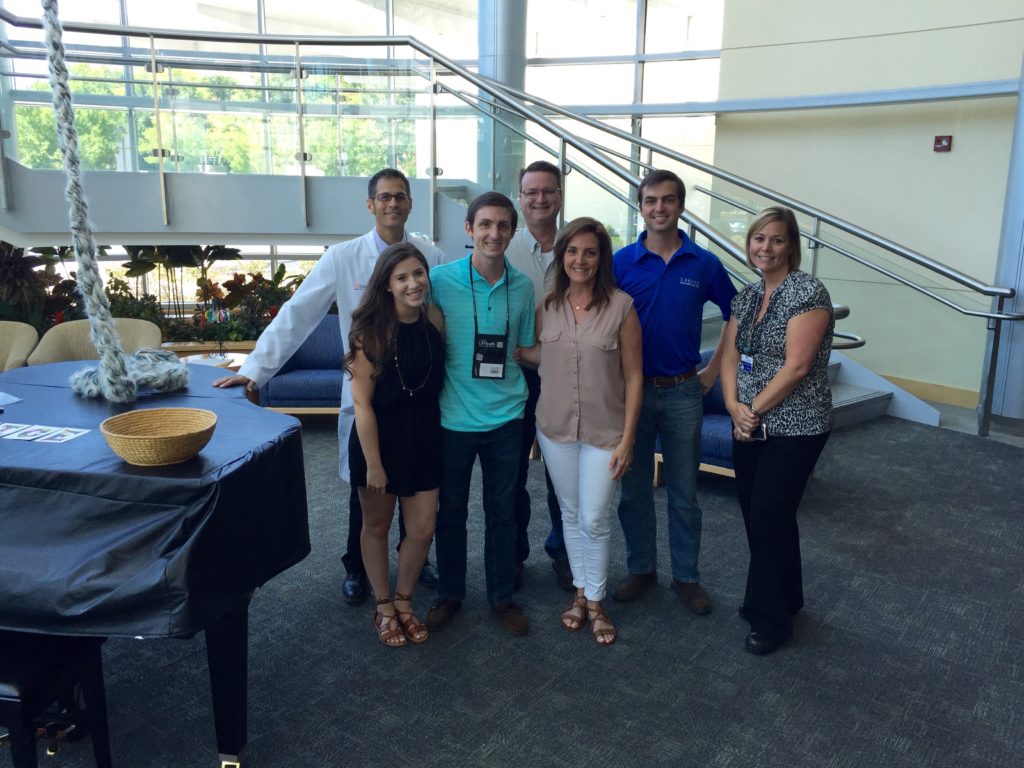 We are immensely grateful for the opportunity for Daniel to have the proton radiation therapy treatment and to be connected with families and staff who are so kind and knowledgeable.

If you have questions about Proton Radiation Therapy, please feel free to comment below, or email me at Rhonda(at)CultivatingAHome(dot)com.  I will do my best to answer the questions or connect you with someone who can.  To contact the Proton Therapy Institute directly, reach out here.

Thank you for your continued prayers and support for our family and for being a part of #DanielKicksCancer. 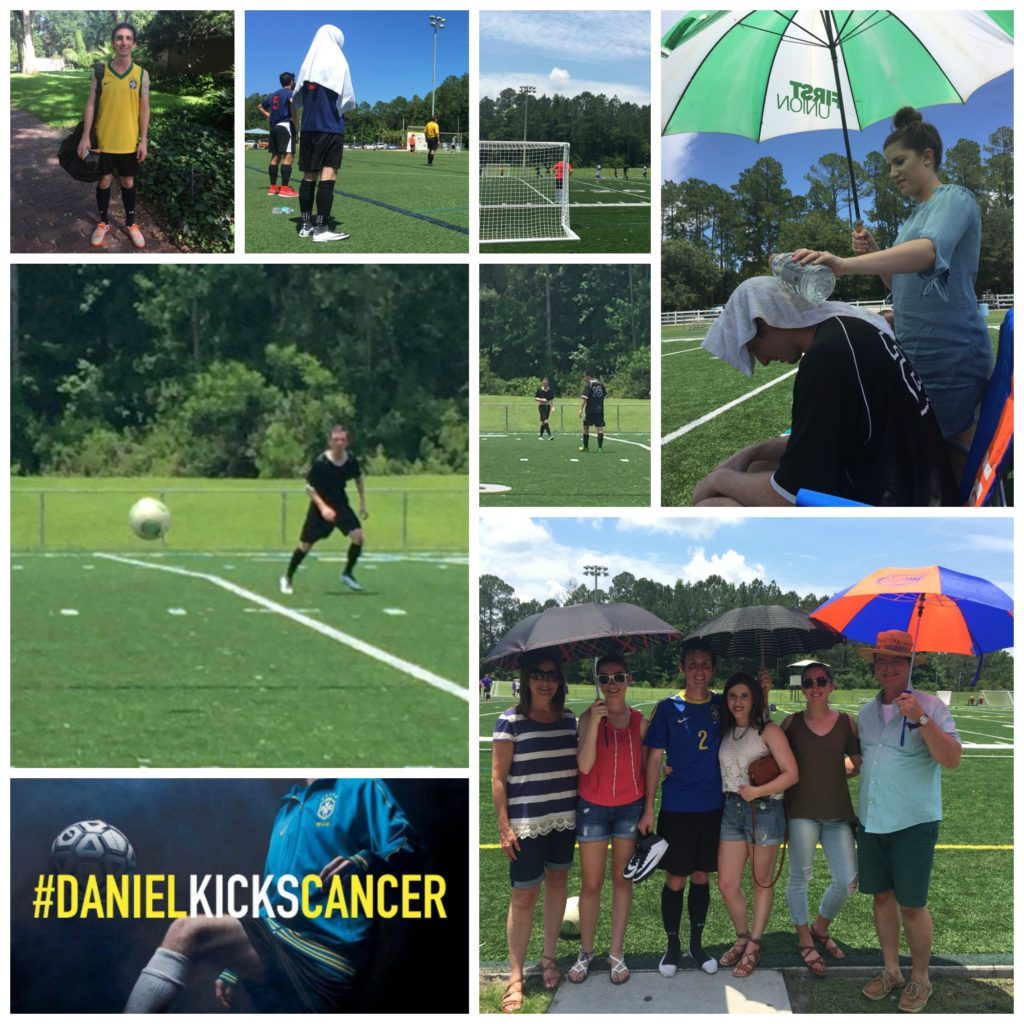 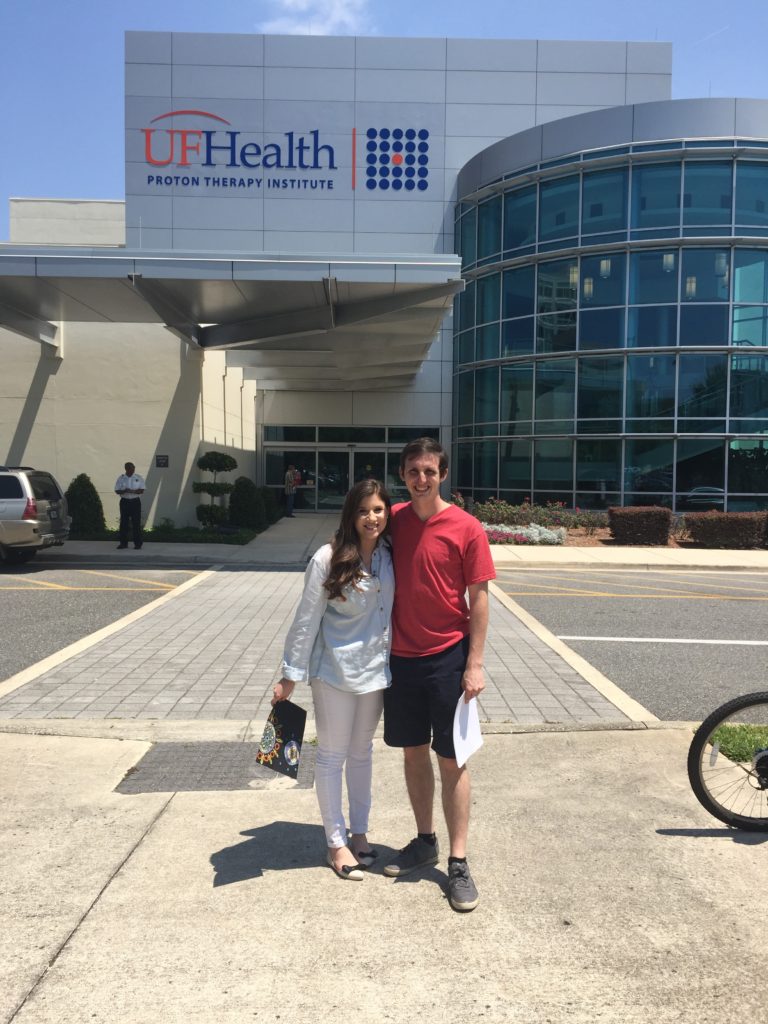 May God be glorified in all he does. May he not waste a crisis. Seriously, we are all changed because of this journey…for the good.

Thank you for your continued prayers and support for our family and for being a part of our #DanielKicksCancer journey. We praise the Lord who is worthy to be praised and trusted…no matter. And… we’re going to have a big celebration. I think you should come! Like…for real.