Acts of kindness by Delta, nurses, and neighbors made a huge impact

You are here:
March 10, 2016Loving Others WellBy Rhonda Ellis 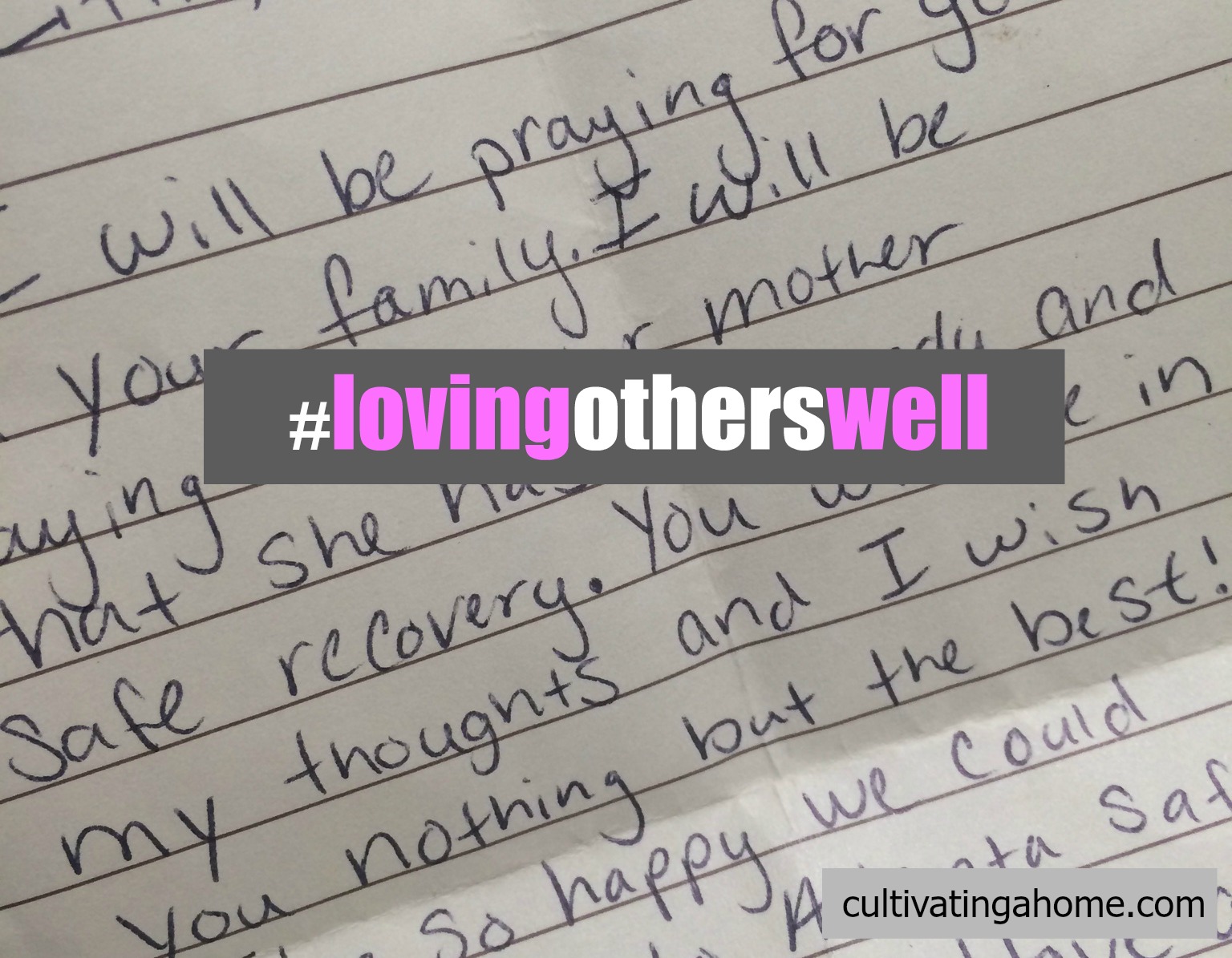 My friend Stephanie, who lives nine hours from her parents, was able to be by her mother’s side just three hours after receiving news that her mother was having a heart attack. Here’s a shout out to Delta employees, a nurse, a neighbor, and others for the huge impact their small acts of kindness made in one woman’s moment of crisis.

Ernesteene was entering the hospital emergency room, with an unrelated health concern, when she began having a heart attack. Within minutes, 15 medical personnel were working on her. Had she not been in the hospital at that moment she would have died.

Stephanie, a mother of six children, received the alarming phone call and immediately halted all plans and set out to be by her mother’s side. Her neighbor Dionne, also a mother to many, with movers at her house for their big moving day, dropped everything and literally ran down the trail to her house, prayed, and jumped into action making lunches and snack bags for the family’s half-day road trip. She loaded the kids in the van to send them on their way, put the dog in her car and arranged plans for another neighbor to pet sit, then locked up the house. #stoptheworld, That’s what Dionne did. She altered her own pressing agenda to come to the aid of her friend. Stephanie and Dionne, sweet friends and neighbors, saying goodbye in an unexpected way.

Stephanie’s family quickly drove her to the airport, where surprisingly, she was able to get a flight that was currently boarding. A Delta employee hugged her, prayed over her, held her hand, and then raced her through to the gate.
While in flight, Stephanie received a tap on the shoulder and was handed this note from three Delta flight attendants. Thanks Fay, Kevin, and Shawn! Shout out to these three Delta flight attendants for #lovingotherswell.

Her family continued on their nine hour drive, arriving at the hospital, where they were unable to enter ICU due to age restrictions. The precious charge nurse welcomed the family and wanted the children to see their grandmother. So, she got creative. She told them to follow a path outside that would lead them straight to her window where they could look in and see her and she could see them. The charge nurse was genuinely thrilled when she heard they saw their grandmother. Unable to see their grandmother in ICU, the grandkids were given a creative alternative.

But wait, there’s more of this #lovingotherswell stuff that Stephanie was privy to be the recipient of in just the first day…

This is a shout out to each of you who played a role in loving Stephanie well and making it possible for her to go from phone call to her mother’s bedside in just three hours.

This is also a story of how each us can play a role in #lovingotherswell when we simply “stop the world” to consider ways to encourage, help, or lighten the load of another. Just as demonstrated here, there are numerous and random ways of helping. Just being present. Assisting with kids. Holding down the fort. Praying. Holding hands. Showing a short cut. Making the path easier and more direct. Offering resources. Sharing possessions like frequent flyer miles, buddy passes. Blessing others with your business like Chick Fil A desserts, Making food. Watching the dog. Caring for the kids. Cleaning up. Locking up. Checking on. Thinking creatively to help meet a desire (like the outside viewing window). Our time. Our skills, Our talents. Our money.

It’s a beautiful thing when we view all that we have as gifts to freely use in #lovingotherswell. It’s actually really what we’re called to do as Believers. Thinking of others should be like breathing… effortless.

“He who has a generous eye will be blessed…” Proverbs 22:9

A “generous eye” means that we view our journey in life through the lens of giving…generously sharing what we have in time, money, resources, skills to love others well. “Blessed” means happy. True indeed. Each person in this story on the giving end experienced this joy in being the giver.

On a side note: my friend Stephanie has shown me in word and in action the importance of being there for family and friends. This story of her family dropping everything to be by her mother’s side is just one example of many where she has traveled cross-country to love others well in their time of need or in time of celebration. Her life is a picture of #lovingotherswell. Ernestine, you are being prayed for by many all over the country.

Today, just one day later, Ernesteene is in ICU, recovering well… with her daughter right by her side… and her grandkids right outside the window.

Hey, I’d love to hear your stories of #lovingotherswell. Use that there comment box below and brag on someone.

And,come join me over at facebook.com/therhondaellis and Instagram. You can also have blog posts delivered right to your email